What I wish I knew when I started my PhD

I remember the first time that, as a PhD student, I decided to write a personal e-mail to the main author of a study I wanted to use. I was embarrassed to do so, sure that the answers to my questions were hidden somewhere in the paper but I was too ignorant to find them.

Sure that she wouldn’t have time to even read my email. Imagine my exhilaration when she answered back, thanking me for my interest and willing to help out with my own study. That was one of these “aha!” moments (“aha! So people can be willing to share their knowledge and time with me!”), of which I had plenty in my PhD years. Those moments when you think “damn, I wish someone would have told me that!” Maybe someone had, but I was too stubborn to listen, or too arrogant to accept that this may apply to me, too. It took courage to accept those breakthrough truths, and I’m certain I’m not the only one who’s gone through this process.

So here’s a few things I learnt:

Writing is hard and unnatural

So, don’t make it harder on yourself. When you set out to write your introduction, your paper, that conference abstract, don’t aim for perfection. Aim for average. Embrace the beautiful concept of the shitty first draft [1]. Just sit down and write a paragraph of shitty text that you’ll polish later. Produce some text, any text, that you can then edit with all your might, because editing is always easier than writing. And aim for simplicity: for filling in the page with words, not with eloquent sentences, multi-syllable words and these phrases that everyone uses in your field. Just try to write something decent, something that would not completely embarrass you. You can put glitter and feathers on it later, though chances are you’ll be better off without them [2, 3].

Competition is a self-fulfilling prophecy

It might be that I have been extremely lucky on this, and I am sure that to some extent, I was. So if you had a different experience, bear with me when I say: relentless competition is a self-fulfilling prophecy. How many third-hand stories and vague rumors about stolen ideas you’ve heard, and how many times such a thing has actually happened to you or someone close to you? I have the impression we are being overly cautious and suspicious with each other for no concrete reason and this way we perpetuate a climate of competition and suspicion. So my advice is: open up to people. If you treat other researchers not like greedy vultures that want to feast on your carcass, but like a network of wise and supportive peers, you’ll eventually attract the wise supportive peers around you. Can I guarantee that you’ll meet no ill-meaning person this way? I can’t. But the risk is so much smaller than the risk of missing out on new collaborations, new lines of thinking, the opportunity to ultimately become the researcher you need to become. And it helps with the more personal aspect of doing a PhD, too, because when you open up to people, you get to learn that:

There will be times, many times, when you’ll be stuck and you’ll feel stupid, vulnerable and alone. In these times, especially: open up to people. Talk to colleagues about your struggles, small and big, and about your successes. They care and they empathize because they’re swimming in the same swamp as you do. Talk to them and see that it’s not you that does everything wrong. They, too, found an omission in their methodology the day before the deadline for the re-submission of their paper. They, too, had their computer crashed and lost weeks or even months of work. They, too, had a reviewer 2 or jury member talking down to them as if they were barely adults – and called that “feedback”. Whatever struggle you’re having, someone else most probably had it already. So go out and find these people to learn from their mistakes, instead of reinventing the wheel. Talk, open up, be vulnerable, be real. A PhD, like life, is hard and you can’t make it through without lots of allies.

And if all these sound rather bleak … don’t despair! Doing a PhD sucks but, exactly because it’s so hard, it gives you an extraordinary sense of accomplishment, resilience, and believing in yourself. It also teaches you a bunch of important life lessons, like how to deal with failure (step 1: embrace crying), the importance of mentoring and support networks (and first-hand experience on what NOT to do as a mentor), and how to set boundaries and priorities (hint: sleep is more important than anything else, always).

And if nothing else, well, you at least only have to do it once.

Acknowledgements: thanks to the whole GWiS dream-team for sharing their positive take-aways from doing a PhD, which fed the last paragraph, and Angela Moriggi for her always thoughtful suggestions on an early version of this piece.

Sources: [1] Anne Lammot: Bird by bird – some instructions on writing and life. [2] On Writing Well, by William Zissner [3] Style: towards clarity and grace, by Williams and Colomb 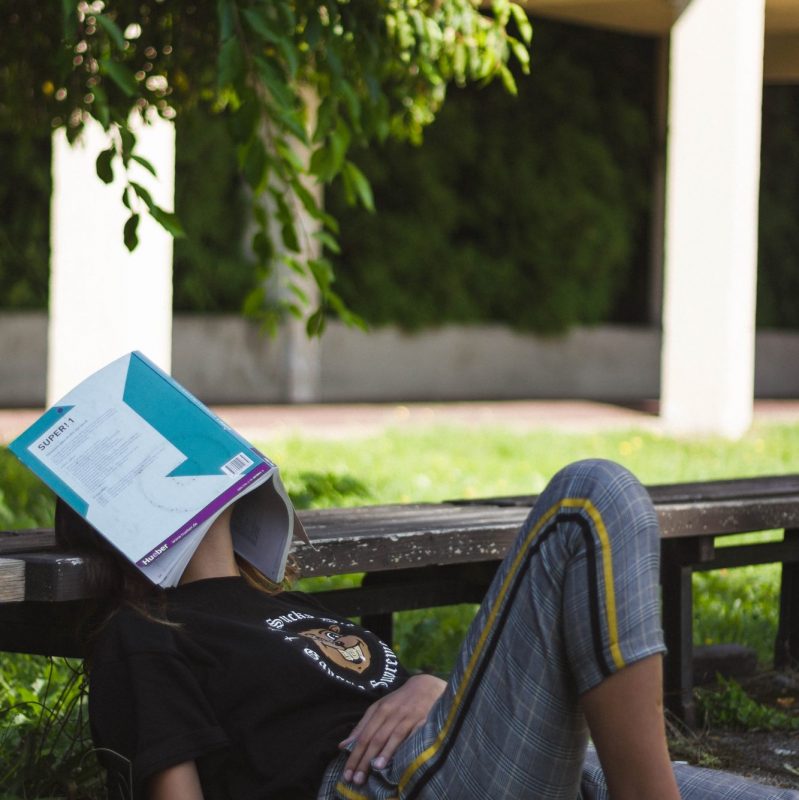 lmage by Tony Tran on Unsplash