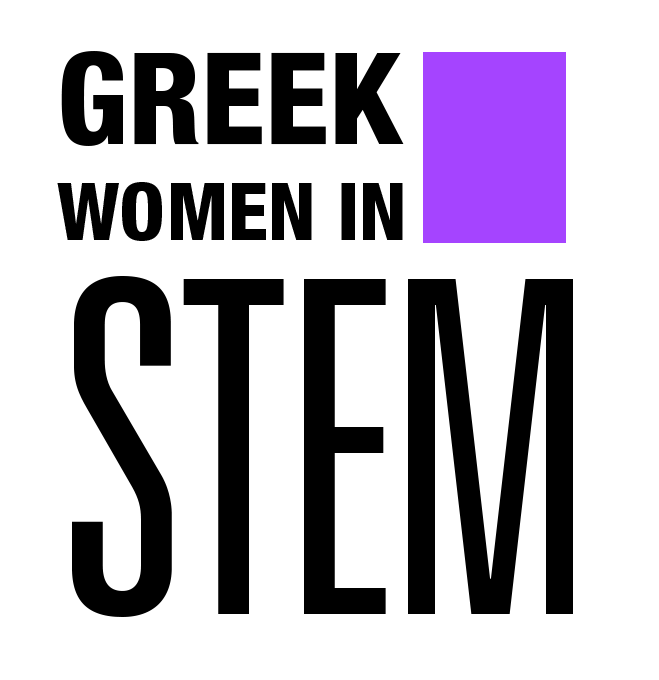 Greek Women in STEM seeks to highlight and support the work of Greek women in STEM (Science, Technology, Engineering, Mathematics & Medicine) and all related fields.

This is done through three axes:

Greek Women in STEM is an independent initiative lead and managed by a team of Greek women working in STEM fields.
We are legally represented and supported by the non-profit organization IVUnited. 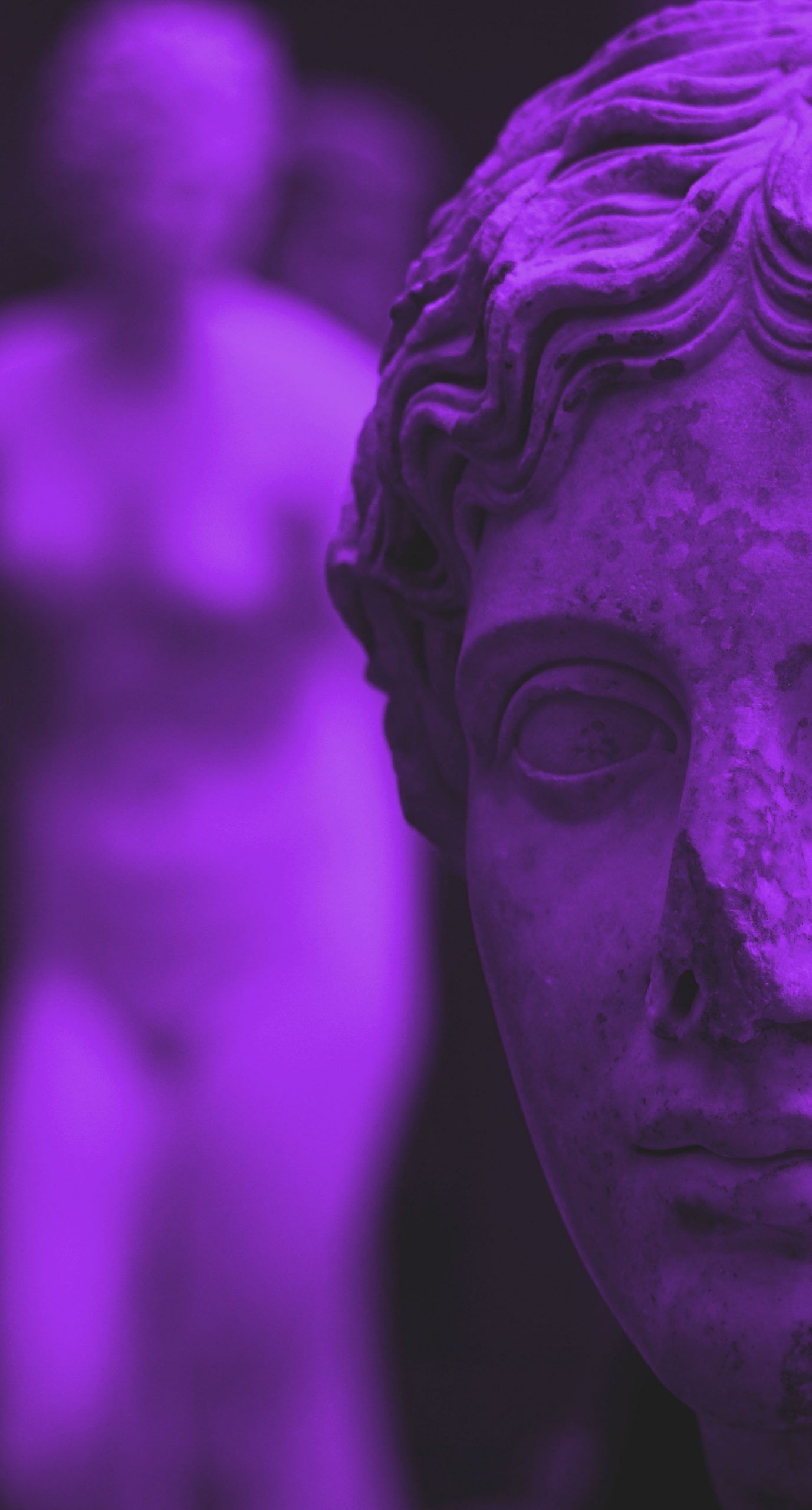 As early as in the 5th century BC, women played an important role in the development of mathematics in Greece. A woman called Themistoclea was the one who introduced Pythagoras to the “philosophy of numbers”. When he founded the Pythagorean school, it was open to women, and his wife and daughters continued teaching at the school even after his death.

In the 4th century BC the astronomer and mathematician Aglaonike predicted eclipses of the Sun and the Moon and Hypatia, a brilliant mathematician of the era are only an indication of the great role played by the Greek women in science

Unfortunately, with the rise of the Roman Empire until modern times, the role of Greek women socially and institutionally was deteriorated and there was no more a reference about their participation in sciences.

A female name is again mentioned in STEM when in 1948 Maria Marketou-Pilarinou was offered a professorship at the Department of Natural Sciences at the University of Thessaloniki.

Fortunately, since then, the previously man-dominated area of ​​science has welcomed many women as equals. However we often don’t hear about their work as it can be hidden behind a great male-professor ‘s name who “supervised” their work, thus getting all the credit.

We are here to make sure that these patterns progressively become a thing of the past, as we nurture an inclusive future for all women in STEM fields. 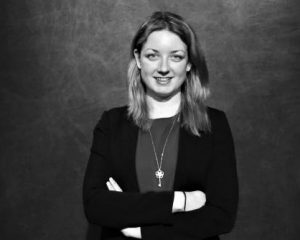 I am a Biologist (MSc, PhD) and work as a researcher at Yale University studying lung pathobiology.

With Greeκ women in STEM I hope to highlight the work of Greek scientists and to inspire young women to pursue a career in STEM. 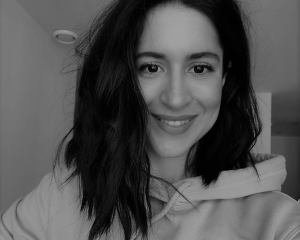 I am a Chemist (MRes, PhD) and I am a lecturer at University of Surrey, UK.  My work focuses on Catalysis and Energy Materials.

Through Greek women in STEM I aim to inspire younger generations of women to follow a career in STEM. 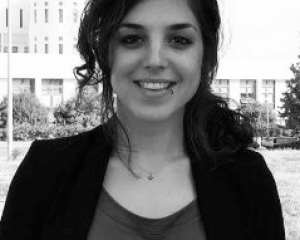 I hold a BSc in Applied Mathematics, a MSc in Bioinformatics and I am currently a doctoral researcher at University of Luxembourg.

In the group Greek women in STEM I am interested in the social aspects of women in science and wish to promote them by highlighting current issues related to them and interest us all. 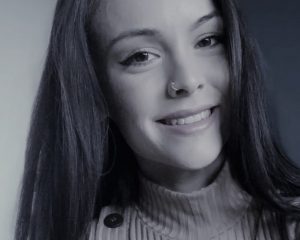 Podcast Lead, Editor & Scientific Writer
I am a Biologists (MSc in Biotechnology) and I currently work towards my PhD in Neurobiology at the University of Luxembourg.
My contribution in Greek Women in Stem is to communicate scientific news and mentor about studies continuation and career development. 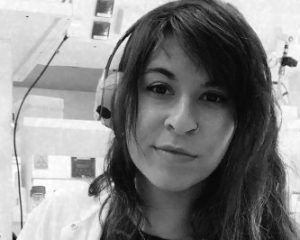 I am a Biochemist specializing in molecular biology. I am currently working towards my PhD in Neuroscience at the Luxembourg center for Systems Biomedicine.

Through Greek women in STEM I would like to contribute to the promotion of the work of Greek women all over the world and to help guide young scientists in their early career.

Greek Women in Stem enables me to express my passion for technology and inspire others to take risks and find what’s best suited to their needs.

Social Media Curator, Editor & Scientific Writer
I am a Clinical Fellow in Oral and Maxillofacial Surgery, University Hospitals of Sussex NHS Foundation Trust.
In Greek women in STEM I cover the publication of informative, educational and academic texts on the subject of medical science.

I am a Postdoctoral Research Associate (MSc, PhD) in Augmented and Virtual Reality at the University of Edinburgh. I have an MSc in digital media and hold a PhD in Informatics and more specifically Human-Oriented Artificial Intelligence, User Experience (UX) research, Data Science and Educational Technology.

I am particularly keen on promoting STEM in women by supporting informational activities, sharing achievements made by women and supporting young women scientists.

Event organiser & Podcast team
I am an environmental engineer currently a postdoctoral researcher on organic waste management and the circular economy at INRAE in Rennes, France.
At Greek Women in STEM I am highlighting the work of women researchers in the fields of engineering and environmental sciences, and report on interesting developments in sustainability-related research.

Scientific Writer, Editor & mentoring team
I am a PhD student in physics, working on novel accelerator schemes. While working in international labs, I realized how few researchers are women and how difficult it can be to be heard and recognised for their work in such a male-dominated environment.
I joined Greek Women in STEM  to meet brilliant female scientists and to support and inspire other women who want to join this journey.

Scientific Writer, Editor & Social Media team
I am a chemist by training with specialization in Radiopharmaceutical
Chemistry (MSc) and I am currently pursuing a PhD in Nuclear Imaging at
Radboud University Medical Center (The Netherlands).
Through Greek Women in STEM my goal is to give voice to the work of
Greek women in science and help communicating science to everyone.

I joined GWiS to become part of a beautiful network of powerful women and hopefully inspire the next generation of female leaders in STEM to follow their dreams.

Editor & Public Relations Team
I’m a Civil engineer with a PhD in Mechanical Engineering and Aeronautics. I currently work as a Quality Engineer I in Boston Scientific Galway.
I joined Greek women in STEM to get involved with mentoring Greek women in Science and technology. I also aspire to grow my skills by exchanging ideas and networking within GWiS. I am a firm believer that with the proper knowledge/information our goals and dreams can be achieved.

Editor & Public Relations team
I’m a Civil engineer with a PhD in Mechanical Engineering and Aeronautics. I currently work as a postdoctoral researcher at the University of Limerick
I joined Greek women in STEM to get involved with mentoring Greek women in Science and technology. I also aspire to grow my skills by exchanging ideas and networking within GWiS. I am a firm believer that with the proper knowledge/information our goals and dreams can be achieved.

Founder @IVUnited
Designer, Strategist & Humanitarian
It has been a pleasure to be with Greek Women in STEM from the beginning, and to support this venture on its path to becoming more and more impactful with every passing month.
I hope the team can keep counting both myself and IVUnited as allies in everything regarding this platform’s development & support, as well as legal representation and advice in all aspects of Greek Women in STEM’s growth.

Provider of services, analytics, and insight to the global higher education sector

Donations to Greek Women in STEM

Donations allow us to cover the cost of our publication. They also help us grow to gain more and more impact!