On December 22, 2015 the United Nations General Assembly (UN) established the 11th of February as International Women’s Day and Girls in Science, in an effort to highlight the role of women in science and to strengthen the fight for equal access for women deals and girls in science and technology.

Women and girls make up half of the world’s population, and make up 50% of their total potential and talent. Gender equality, beyond fundamental human rights, is a prerequisite for a just and meritocratic society, with equal opportunities for all. Big and important steps have taken place, especially in the last two decades, so that more and more women have access to higher education. However, absolute equality between the sexes has not been achieved, at least in the field of science and research in general.

The UNESCO report on the education of girls and women in science, technology, engineering and mathematics shows that women make up only 28% of the world’s research potential. In addition, a number of recent surveys show that women researchers in the aforementioned disciplines publish fewer scientific articles than their male counterparts, have lower pay scales, and fewer career advancement opportunities. There are many cases where male scientists, even in key positions of strong academic centers, iIt was publicly acknowledged that there is an “inherent” difference between women and men in their inclination towards knowledge and science . In addition, they referred to “innate” differences between the sexes that would make the position of women unfavorable even in the utopian case of absolute equality. To these attitudes, various prejudices are added, such as the fact that women lack the required dynamism and competitiveness while being over-sensitive so that they can not cope with the difficult and competitive research environment.

In other words, such perceptions target the woman as biologically programmed to have inferior functional capabilities resulting in her distance from research or even education. Of course, there are published studies that show that there is no biological correlation between gender and performance . The above attitudes result in the disorientation of public opinion and the concealment of the real causes for the bias that women experience from the first steps in education and throughout our subsequent career.

Social norms and expectations for women combined with stereotypical views about the possibilities, and / or abilities that a woman may have, affect not only her access to education, but also the quality of education she will receive as well as industries in which it can be maneuvered. It should be noted that such perceptions are shared by representatives of both sexes . This happens for a variety of reasons. A simple example is that people who have not witnessed or experienced some form of gender inequality consider the system to be fair and meritocratic, while there are those who argue that significant gender inequalities exist only in underdeveloped countries and are rare in countries. the West.

It is necessary to understand the reasons behind this discouraging reality, as well as the search for new mechanisms to support and promote girls and women in research fields. As mentioned above, the right to equal opportunities, meritocracy and, ultimately, to equality is primarily a basic human right that we must promote and support at all stages of education, regardless of gender, nationality or religion. It may take some time to get there, but it is definitely worth it.

And for a little more inspiration read: 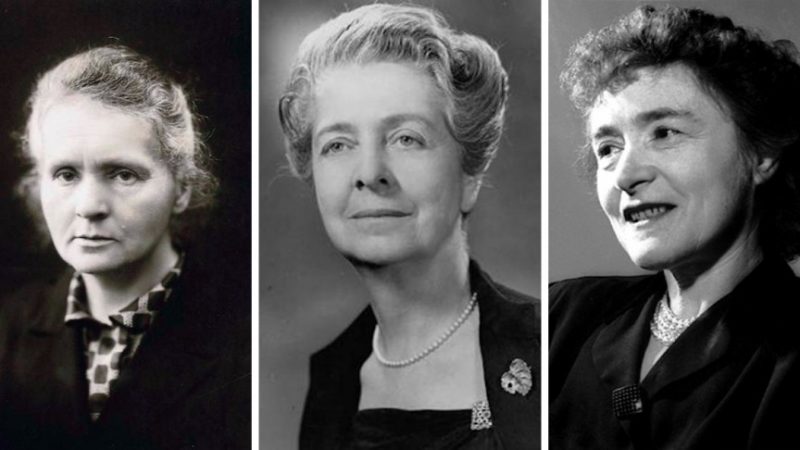