The comic in the fantasy world

Can science be the new superhero of comics?

Comic books; exciting and engaging fantasy worlds! How many of us grew up loving Wonder Woman, Donald Duck, Asterix? I still have vivid memories of impatiently waiting for the next issue of my favourite comic strip and then pleading with my parents to buy me the next instalment as soon as it was released. I also recall telling my parents that, if only schools replaced our ‘traditional’ books with illustrated ones so that Biology, History, Mathematics and other subjects would be a lot simpler and far more entertaining for the students.

Comics are a narrative medium used to express ideas, primarily through images, but often in combination with text. Whilst it is possible to have more realistic comics, they more often revolve around ‘magical’ worlds full of heroes and villains, and where anything is possible, and every problem has a solution, neatly found just in time for the end of the story. Comic books  are very often grounded in science fiction, with scientists, laboratories, and general scientific thinking and terminology often taking a starring role in the narrative.

Molecular biology, my area of interest, similarly has many difficult problems and innovative solutions to be found, but the complicated scientific techniques  involved can be hard for wider audiences to comprehend. Could comic books be a powerful tool in science communication as well as fiction? That is what we attempted to discover in our comic strip “Attack of the Titan Cells”.

I am currently working as a Postdoctoral Researcher at the Institute of Cell Biology at the University of Edinburgh [1]. My research focuses on how cells divide their genetic material during a specific stage of the cell cycle called mitosis. More precisely, during mitosis, the genetic material is condensing to form duplicated chromosomes. Duplicated chromosomes then divide equally to the two daughter cells. Mistakes in this process can lead to unequal chromosome segregation which can lead to birth defects and cancer.

We study chromosome segregation using Cryptococcus neoformans as a  model system. Cryptococcus neoformans is an opportunistic pathogen that causes life-threatening pneumonia and meningitis, and is the 5th leading cause of death in immunocompromised patients. Upon infection, cryptococcus cells have the ability to grow in size and form very big cells, called ‘titans’. Titan cells, apart from being much bigger compared to normal cells, contain more DNA than a normal cell and consequently more copies of some chromosomes. By studying chromosome segregation in this organism, we aim to understand how titan cells gain more chromosomes, and which molecular pathways are involved in this process, in an attempt to find potential candidates for future drug treatments.

This may sound complicated to some of you, and I would agree! Like lots of areas of research, my work can feel inaccessible to those without an advanced science background. Every day in laboratories around the world, ground–breaking research is taking place, but very rarely is this communicated effectively to the public- something I feel needs to change. That is why I regularly volunteer to take part in activities organised by the public engagement team [2] at the Wellcome Trust Centre of Cell Biology [3]. Throughout the years I have participated in science festivals, school visits and communication-based  summer schools but when the pandemic put a stop to in-person events, it was time to get more innovative with our approaches.

In the middle of the first lockdown, whilst working in the lab was impossible, I worked virtually with WCB’s Public Engagement Manager – Dr. Sarah-Jane Judge – to write a short storyline based on my research. This was then expertly illustrated by experienced comic book artist Neil Bratchpeice resulting in a fun, colourful comic strip explaining what we know about Titan cells and how we research them. The strips provide a great ice breaker when working face to face with the public, but even during the lockdowns, we were able to share online versions or even post out copies to the digitally excluded. Individual frames from the comic, with colours removed, can even be used as colouring pages for younger audience members.

This pilot comic book activity proved to be so successful that other labs from the institute are now getting in on the action.  Sarah-Jane (Public Engagement Manager), Maria Fanouriaki (Public Engagement Officer) and Neil Bratchpeice (Comic Book artist) are now working with 10 other labs and 25 researchers, all from different cell biology fields, to make similar strips with the aim of producing the first centre wide comic book. A final version of the comic book will be available soon in both online and printed form. In the future, the goal is to have the comic translated into many different languages to make it accessible to many people around the world. The project was funded by the Wellcome Trust and you can explore “The attack of the Titans” in the following strip!

And as Stan Lee (creator of Marvel Superheroe comics) says:

There’s just something that feels nice about holding a comic book! 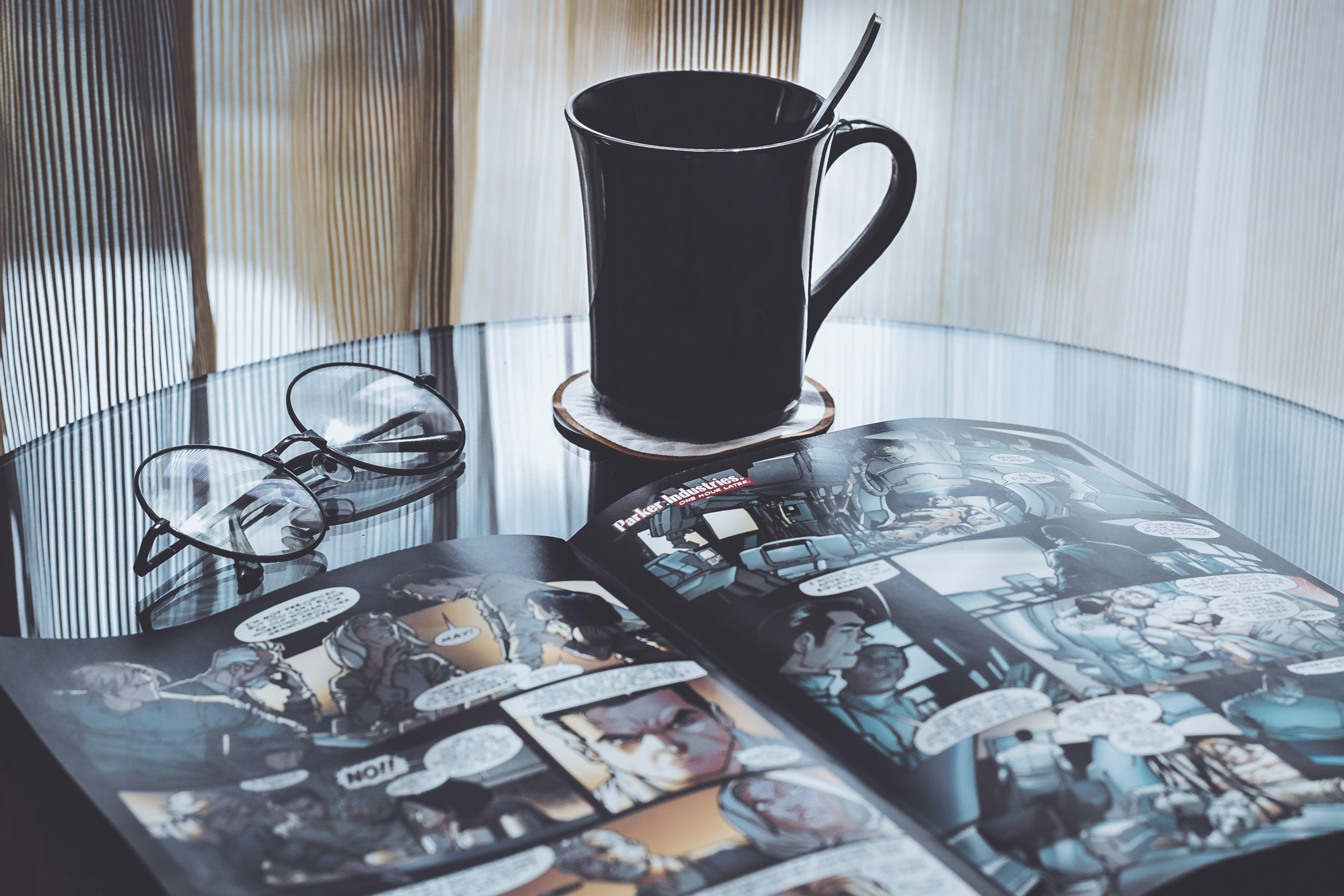 Photo by Mahdiar Mahmoodi on Unsplash

Life in the city: steps towards sustainability and safety

Collective Responsibility is the way forward