How theatre made me a better researcher

A few months after starting my PhD on the Circular Economy, I enrolled in a weekly theatre class. Ιmprovisational theatre (improv) to be more specific.

The decision was rather random: I hadn’t done much theatre before but I was new in Brussels and needed hobbies and friends. Why not, I thought, and this proved to be one of the wisest thoughts that have ever crossed my mind.

Improv is theatre where everything is made up on the spot. The players are the actors, writers, and directors, occasionally also the scenery and sound effects. “You must have a very wild imagination to be able to do this,” people tell me sometimes. Not really though, no. You just need heaps of listening to your scene partner(s) and tons of practice in seeing mistakes as gifts.

Improv changed my life in many ways, which is something every improviser would tell you if you ask them. Then they will start explaining all these ways one by one and will eventually try to convince you to join an improv class too, so think twice before you do ask. Surprisingly, it also changed me as a professional and made me a better researcher. “How?” I hear you asking?

It made me a better pubic speaker

No wonder. Many public speaking coaches are also actors or theatre people. Sure, this has to do a lot with the experience of standing in front of an audience show after show, and with the training on using voice, breath and posture to support stage presence. Being slightly narcissistic helps too: why else would someone enjoy standing on an elevated stage, in front of a bunch of people who sit still and silent, doing nothing but watching you?

On top of that, there is one precious piece of insight I got through theatre, while standing on stages to perform and watching my teammates play thousands of scenes in workshops and rehearsals: the audience is your mirror. In academia, we often see our audience as a hostile crowd we need to convince, an enemy to conquer. We are taught that publishing and presenting our research puts us in a vulnerable position. While we’re presenting, colleagues are frowning at us, judging our every word, waiting for the Q&A to rub our mistakes and omissions in our faces. Well, maybe. But standing alone in front of everyone gives you an extraordinary advantage. You are leading the audience. They will feel what you feel. They will even copy your facial expressions. They want you to succeed, because if you fail on stage they will feel awkward. They want you to be relaxed, because if you are stressed they will be stressed too. So on the inside, they are actually cheering for you just like your parents did at your school plays.

For me, that realization was a game changer. Instead of stressing out over slides or my exact words before a presentation, I started focusing on relaxing and grounding. And then I started walking on stage like Lady Gaga: with the knowledge that an adoring crowd had been waiting for months, for this exact moment that I will walk on stage. I was dead serious about the narcissism.

It unleashed my creativity

For years I thought I’m not the creative type. I’m rather the hard worker, the organized type, the one that achieves things through planning and perseverance. Ah, those wasted years.

What I have been learning in improv classes and rehearsals is how to feel safe doing the opposite of planning and organizing and even working hard. I’ve been learning to be average, to not try to be funny and creative and clever. I’ve been learning that messing everything up is an integral part of the process. How could it not be, when everyone on stage is playing theatre without a clue of where this is going? Accepting the possibility of fucking up and working with it, rather than against or despite it, is exhilarating.

It is also the best antidote to perfectionism, a trait that flourishes among academics, despite its corrosive effect on creativity and joy. “I think perfectionism is based on the obsessive belief that if you run carefully enough, hitting each stepping-stone just right, you won’t have to die.” Anne Lamott writes in “Bird by Bird” and continues: “The truth is that you will die anyway and that a lot of people who aren’t even looking at their feet are going to do a lot better than you, and have a lot more fun while they’re doing it.”

When we are not afraid of failure and mistakes, we are free to follow impulses, to try things out, to stop censoring our ideas before they have even taken form. People often think that they don’t have “enough imagination” to do improv (or write stories, or come up with ideas for groundbreaking research). But imagination is like an opinion: we all have one. All you have to do is open your mouth and say something before you have time to think “no, that’s stupid, I’ll think of something cooler to say”.

Learning how to walk straight into uncertainty, making your way through the semi-dark, not being afraid of making the wrong step, these are all wonderful gifts to research that pushes the boundaries of existing knowledge. And they are skills to be learnt and practiced. It is not that theatre and improv opened the sacred tap of creativity and imagination and filled my brain with some; it just showed me how to ask stupid questions, how to contribute banal ideas to brainstorming and how to explore silly plans before I dismiss them. Really, that’s all it takes.

There’s a third way in which theatre changed me as a researcher: by introducing me to the magical world of stories. Wondering what stories have to do with research? Find out in the second and last part of this article.

Sources: 1. Keith Johnstone: Impro – improvisation and the theatre 2. Anne Lamott : Bird by Bird: Some Instructions on Writing And Life. 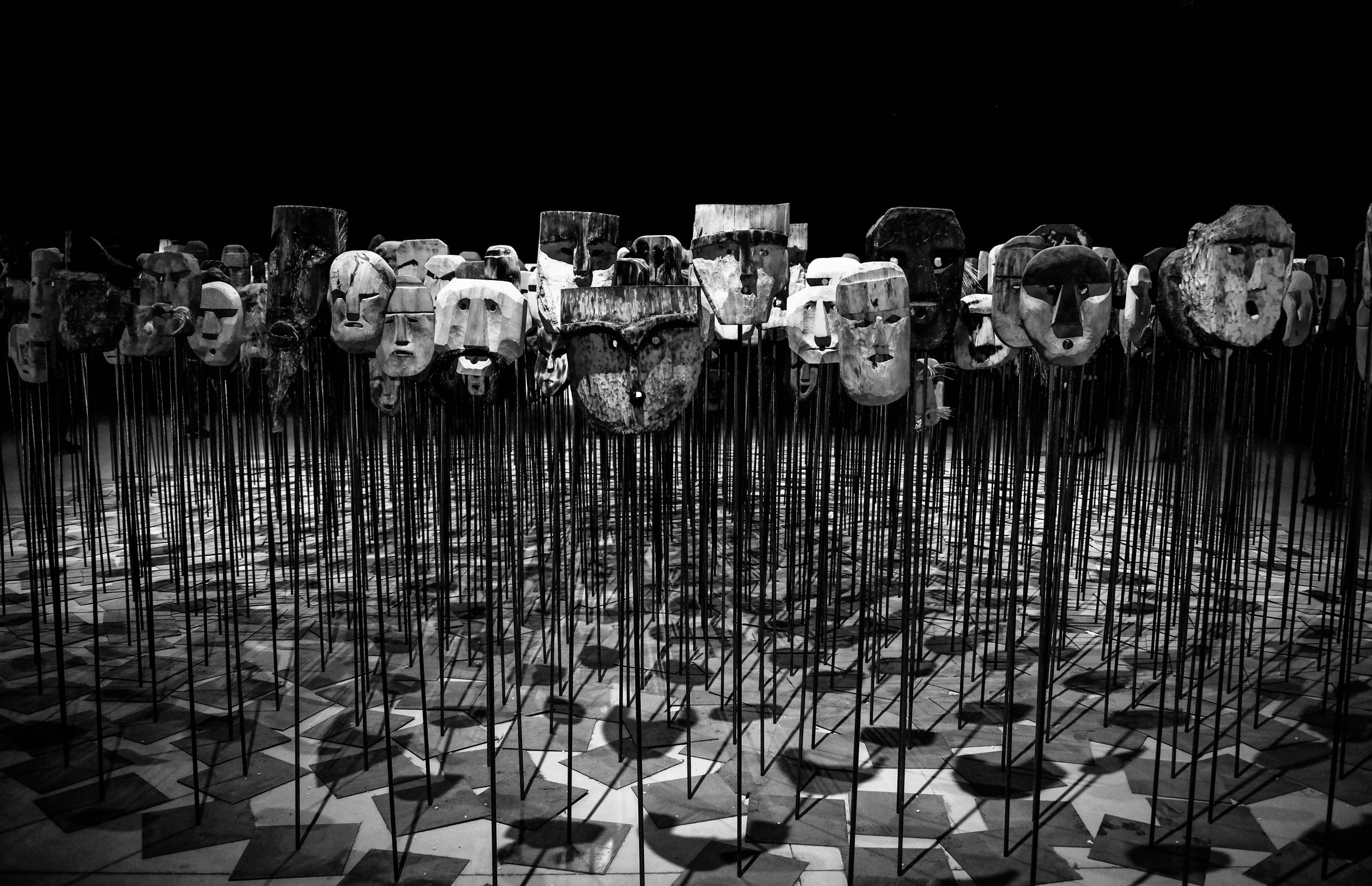 Photo by Etienne Girardet on Unsplash

An out of tune orchestra

When scientists mess with the synchronization of an orchestra

Modern art through the prism of science.