At the heart of a pandemic, together with three brilliant researchers Adriana Coppola, Johanna Jaschik and Eleftheria Charalambous, we co-authored a short comic-story about Ada, a teenage girl that finds out about women’s power and how to make a difference in today’s challenging world. Our comic ‘Becoming an agent of change’ is included in the LUX:plorations comics booklet that features stories about science and research in Luxembourg.

Climate change is one of the greatest challenges of the century; however, it doesn’t affect all regions, generations, ages, classes and genders equally. According to the Intergovernmental Panel on Climate Change (IPCC), the greatest impacts are expected to be experienced by those that are already vulnerable and marginalized. People working in  the primary sector, e.g. agriculture, are likely to be most affected. However, women farmers, and women in general, are more vulnerable than men to the impacts of climate change, because they represent the majority of the world’s poor and are  proportionally more dependent on threatened natural resources than men. In addition, women have different roles, more responsibilities, and less decision making power than men. They also lack equal access to resources such as land, credit, and agricultural inputs,  as well as training and education opportunities that would enhance their capacity to adapt to climate change.

It is essential that women’s priorities and needs are reflected in the development planning towards a sustainable future. This cannot be achieved without including women in the decision making regarding allocation of resources for climate change initiatives. More women representatives are needed in panels at local, national and international level, to ensure that the voice of the most vulnerable is heard, and to press for equal opportunities and equal access to programmes for adaptation, technology training , and education in general.

When we learnt about the vulnerability of women to climate change, we felt the need to raise awareness, especially to younger generations. We also wanted to inspire them to follow a path in STEM, because through science, technology, engineering, and mathematics, young girls are able to gain knowledge and expertise to fight for our only home, unite their powers and push for equal rights to a thriving planet.

You can find Ada here and join her in this adventure of knowledge and empowerment. Who knows? You may already be an agent of change.

*The comic booklet is available to download in four languages English, German, French and Luxembourgish. It was developed under the lead of the Doctoral Education in Science Communication (DESCOM) project of the University of Luxembourg, which is supported by the Fonds National de la Recherche, Luxembourg (FNR).

Women… in the shadow of Climate Change, United Nations Chronicle
Gender and Climate Change in the Arab Region, Arab Women Organization
Is there a connection between gender and climate change?, International Union for Conservation of Nature (IUCN), Office of the Senior Gender Adviser
Tsunami, Gender, and Recovery, Davis et. al. 2005 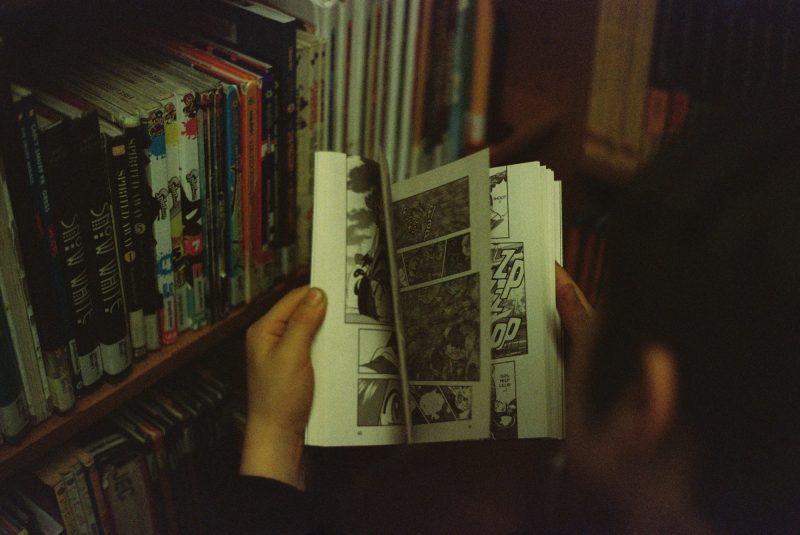 Photo by Keren Fedida on Unsplash