The year 2019 marked the 100th anniversary of IUPAC (International Union of Pure and Applied Chemistry) and also the 150th anniversary since the periodic table of elements was established.

All these important anniversaries for the world of chemistry were a great opportunity for an event called Global Women’s Breakfast take place all around the world.

This event helped female chemists expand their network nationally and internationally, be inspired by women at different stages of their careers and  explore opportunities in professional development in research or teaching.

On February 12, at the event that took place in Athens, Nancy Makri was awarded for her contribution in the field of Chemistry. The prize was a painting of Irene Joliot-Curie painted by a Alexandra Mantzou-Sakellariadou.

Nancy Makri is a Professor of Chemistry and Physics in the Department of Chemistry in τhe University of Illinois Urbana-Champaing.

She is also an Affiliate for the Beckman Institute for Advanced Science and Technology, the Computational Science and Engineering Program and the Illinois Quantum Information and Technology Centre. Professor Nancy Makri received her B.Sc from the University of Athens in 1985 and her Ph.D. from the University of California at Berkeley in 1989. She spent two years as a Junior Fellow at Harvard University before joining as faculty at the University of Illinois in the spring of 1992. Her research interests lie in theoretical quantum dynamics. She has more than 140 publications in high impact factor journals with her first work being “Electronic structure and the mechanism of autoionization for doubly excited states” in 1986.

Currently her research focuses on the advancement of the theoretical understanding of quantum mechanical processes in large molecules. She develops new theoretical descriptions and simulation methods to investigate tunnelling and coherence phenomena, proton and electron transfer reactions in solution and biological systems, the dynamics of quantum fluids, and excitation energy transfer in molecular aggregates. Among many other applications, her work on modelling proton and electron transfer reactions has been successfully applied to biological systems such as in bacterial photosynthesis.

Prof. Makri has received numerous awards for her contribution to research like the recent Teaching Award, from the School of Chemical Sciences at the University of Illinois in 2020 and the ACS Physical Chemistry Division Award in Theoretical Chemistry in 2021. 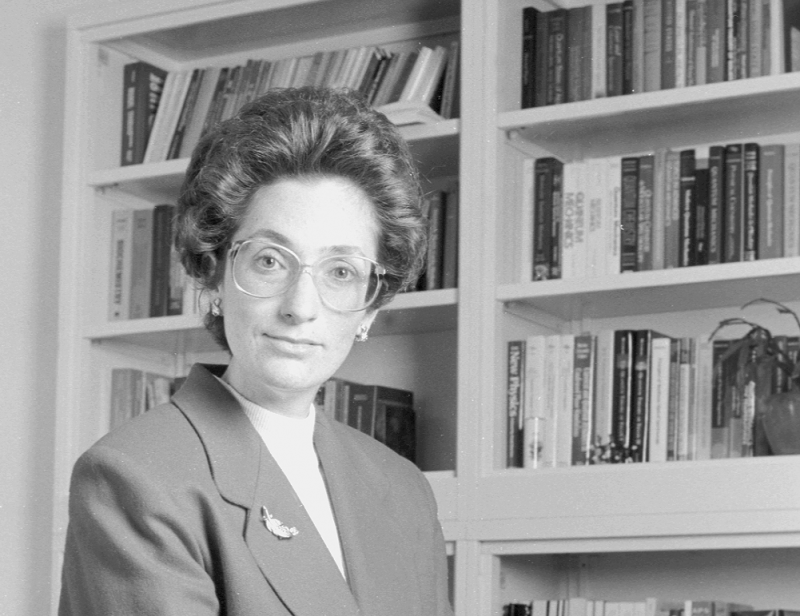